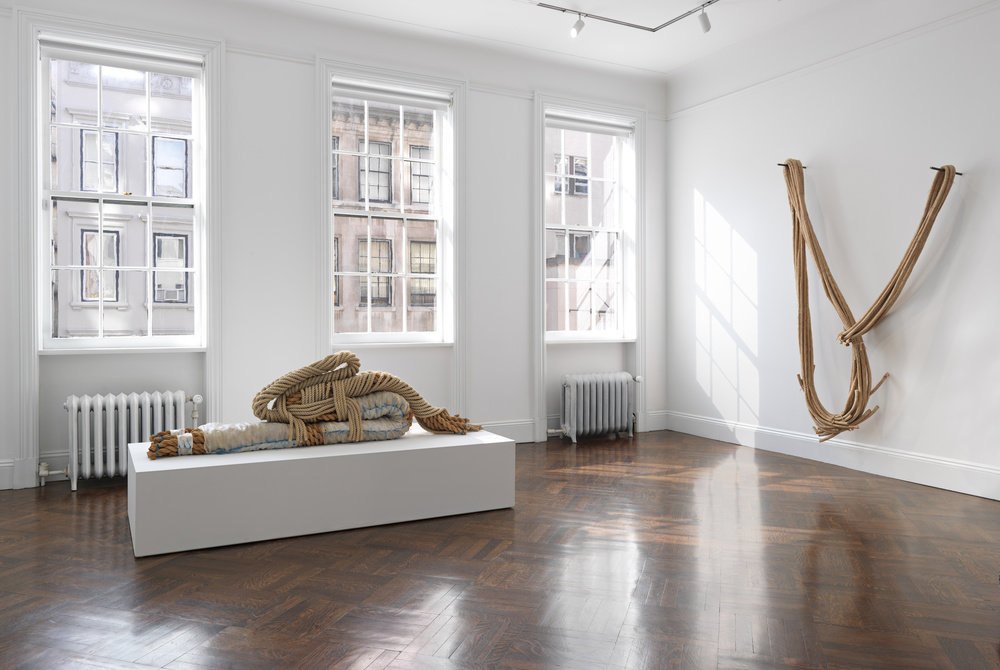 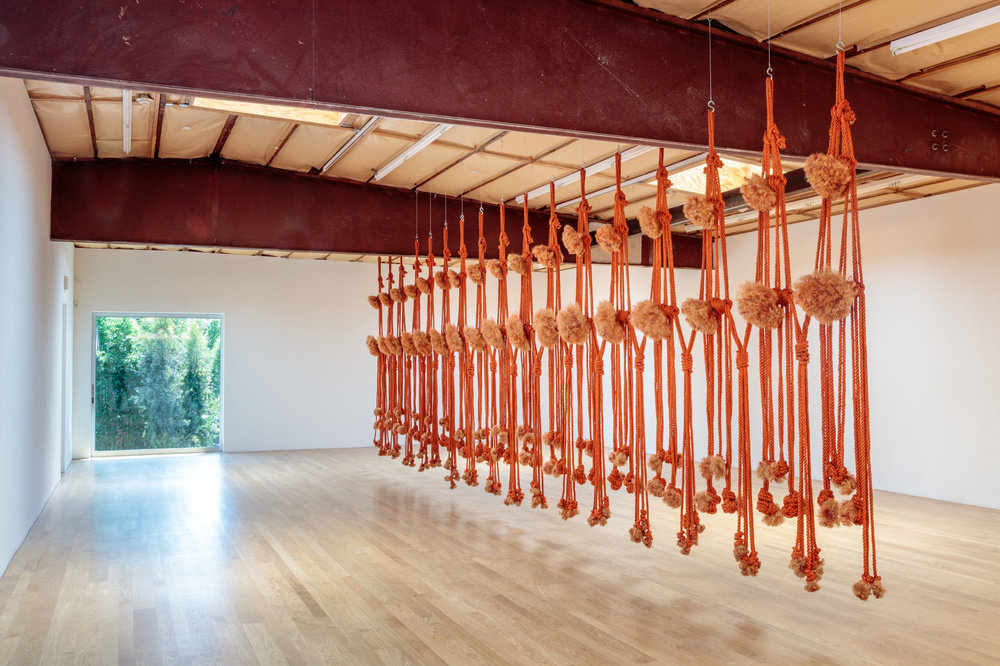 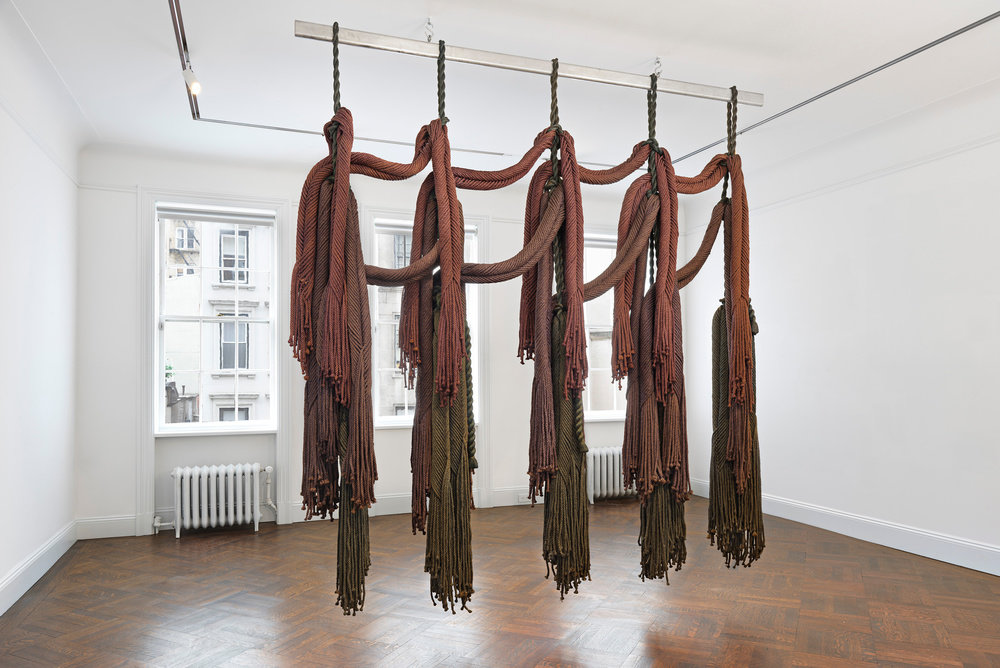 Françoise Grossen (b. 1943, Neuchatel, Switzerland) is a Swiss-American artist who has harnessed fiber as a sculptural medium over a forty-year career in her studio in New York and in Southern Spain. Emerging in the late 1960s alongside contemporaries such as Eva Hesse, Sheila Hicks, and Lenore Tawney, Grossen sought to relinquish the traditional tools and methods of textile and fiber art. She utilized a large-scale, free-hand braiding and knotting technique, allowing for greater freedom and spontaneity in her process. Having studied architecture and textile design at Kunstgewerbeschule Basel and at University of California, Los Angeles with Bernard Kester in the 1960s, Grossen became keenly aware of her ability to bring fiber sculpture into unexpected and experimental realms: hanging from the ceiling, draped on the ground or over pedestals, floating in bodies of water. Her work often appears simultaneously weightless and weighted, both masculine and feminine, all the while reinforcing their objecthood. As curator and writer Jenelle Porter explains it: "Grossen pushes beyond this initial rupture with the rectangle and the wall to explore the weight of the material and its response to gravity, an investigation that aligns her art with broader artistic debates taking place in New York and elsewhere."

Balcony Magazine: From Switzerland with Love

Los Angeles Times: In This 1977 Sculpture, a Message for the Black Lives Matter Era