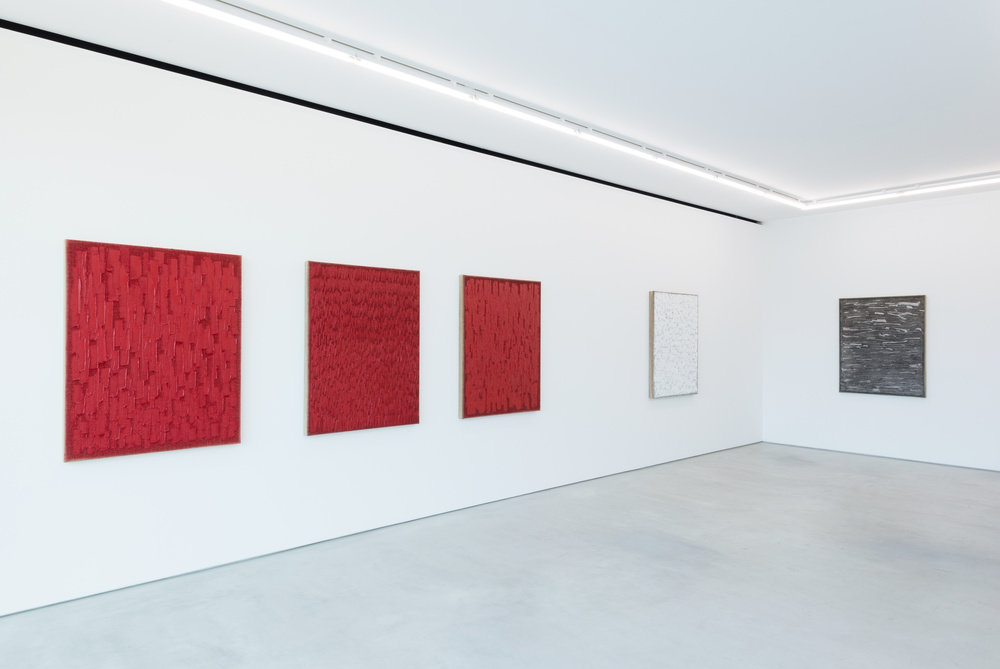 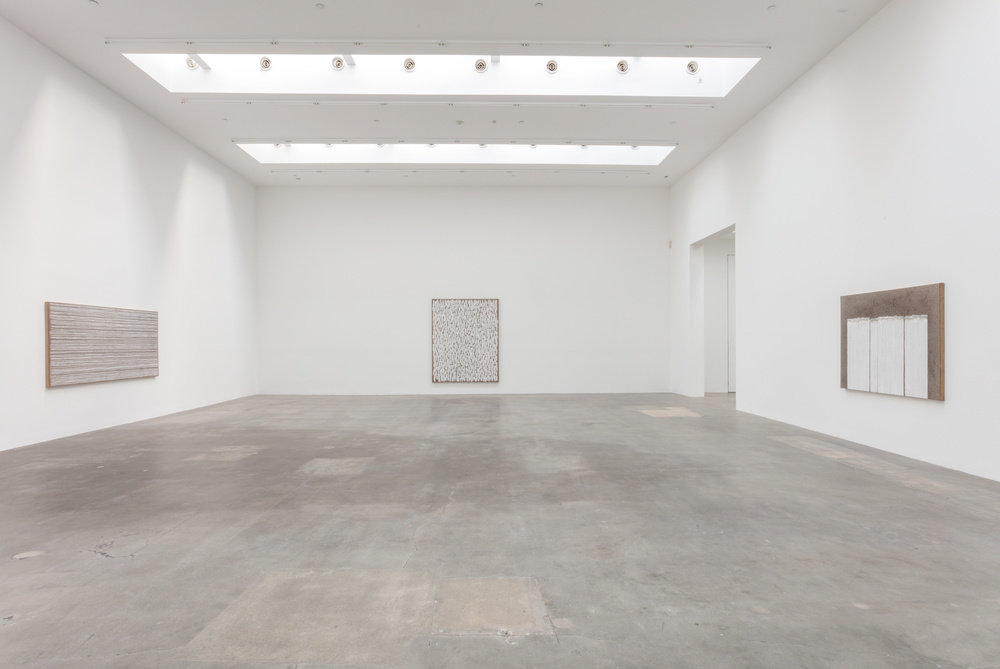 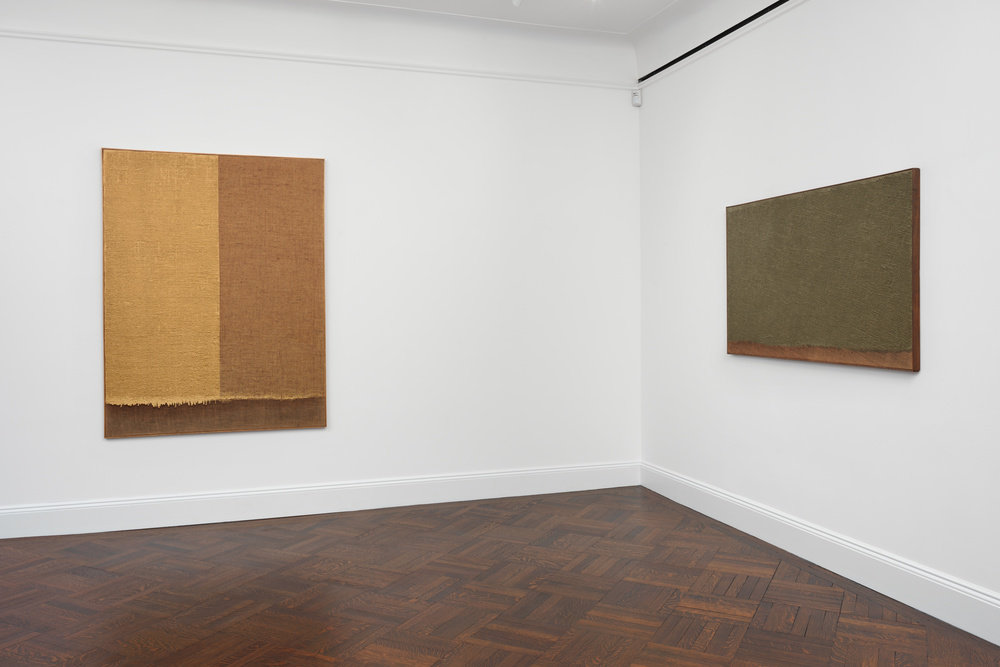 Ha Chong–hyun (b. 1935, Sancheong, South Korea) and has lived and worked in Seoul since graduating from Hongik University, Seoul, South Korea in 1959. His practice was heavily determined by his experience of Seoul’s slow process of reconstruction following the Korean War of 1950-53. Like many other artists maturing in this complex historic moment, Ha initially examined the interrelation among industrial objects and organic forms. However, he eventually turned from sculptural installation to painting, and toward a radical re-evaluation of the canvas as support and pictorial surface. This led to Conjunction, an ongoing series of paintings he initiated in 1974. In this process, the artist stretches an expanse of coarsely woven hemp and pushes thick oil paint from the back of the canvas to its surface, finally manipulating the paint with a brush, palette knife, or other tools. Ha Chong-hyun thus became one of the main exponents of an informal group of Korean artists whose work was later termed Dansaekhwa, or “monochrome painting.” With this demanding, process-based body of work, Ha redefined the materiality of canvas, effectively negating its two-dimensionality and flatness and highlighting how it may exist as a vehicle of transmission for the pigment. In the words of Joan Kee, “few were as gifted at linking the monochrome and all its connotations of purity and autonomy with its opposite, in this case the feral, or even fecal, viscera from which the monochrome is allegedly immune.”

Ha Chong-hyun has had numerous solo exhibitions in South Korea, including a retrospective at the National Museum of Contemporary Art, Gwacheon (2012); and the Gyeongnam Art Museum, Changwon (2004). His first international exhibition dates to 1961, when he exhibited at the 2nd Paris Youth Biennale, Paris, France and thereafter he participated in the 3rd India Triennale, New Delhi, India (1975); the 13th São Paulo Biennale, São Paulo, Brazil (1978); and the Venice Biennale, Venice, Italy (1993). Recognition in the United States began when his paintings were featured in From All Sides: Tansaekhwa on Abstraction, curated by Joan Kee, Associate Professor of History of Art at the University of Michigan, and held at Blum & Poe, Los Angeles, CA in 2014. This large-scale survey of Korean monochromatic painting from the 1960s to the 1980s was the first major overview of the movement in North America. Blum & Poe subsequently presented Ha’s first solo exhibitions in New York in 2014 and Los Angeles in 2017. Ha was also included in Dansaekhwa and Minimalism—the first overview of Korean monochromatic painting with American Minimalism—held at Blum & Poe in Los Angeles and New York in 2016. Since then, his work has also been featured in surveys such as When Process Becomes Form: Dansaekhwa and Korean Abstraction, Villa Empain – Boghossian Foundation, Brussels, Belgium (2016); and Dansaekhwa, Palazzo Contarini Polignac, Venice, Italy (2015). His paintings are in the collections of leading institutions such as the Art Institute of Chicago, Chicago, IL; Leeum, Samsung Museum of Art, Seoul, South Korea; M+, Hong Kong, China; Museum of Modern Art, New York, NY; National Museum of Modern and Contemporary Art, Gwacheon, South Korea; and the Solomon R. Guggenheim Museum, New York, NY

The Seoul Review: Meditation in Pink

ArtAsiaPacific: Where I Work