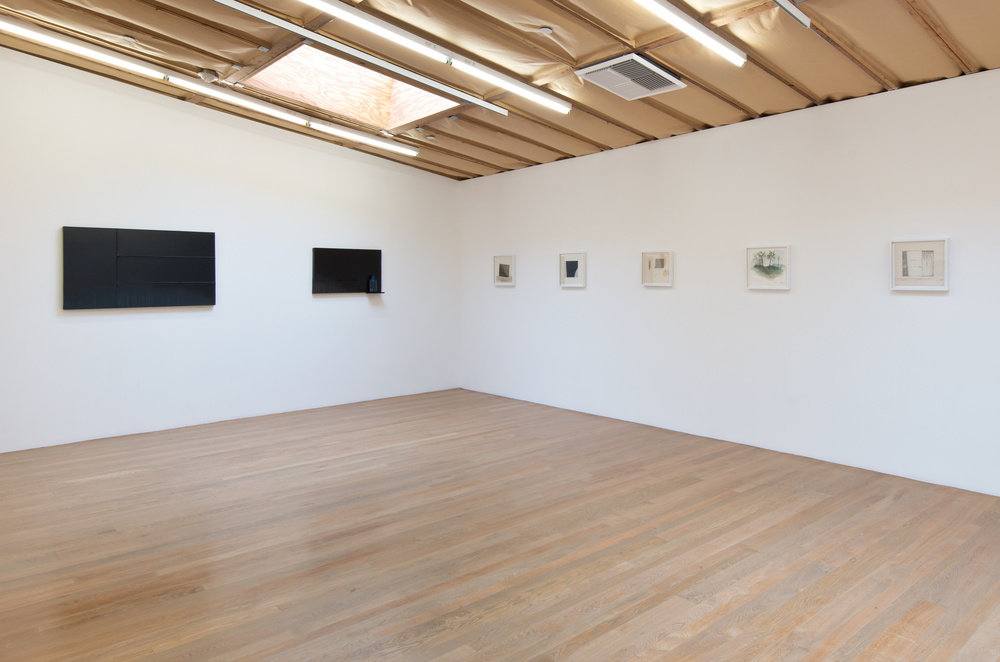 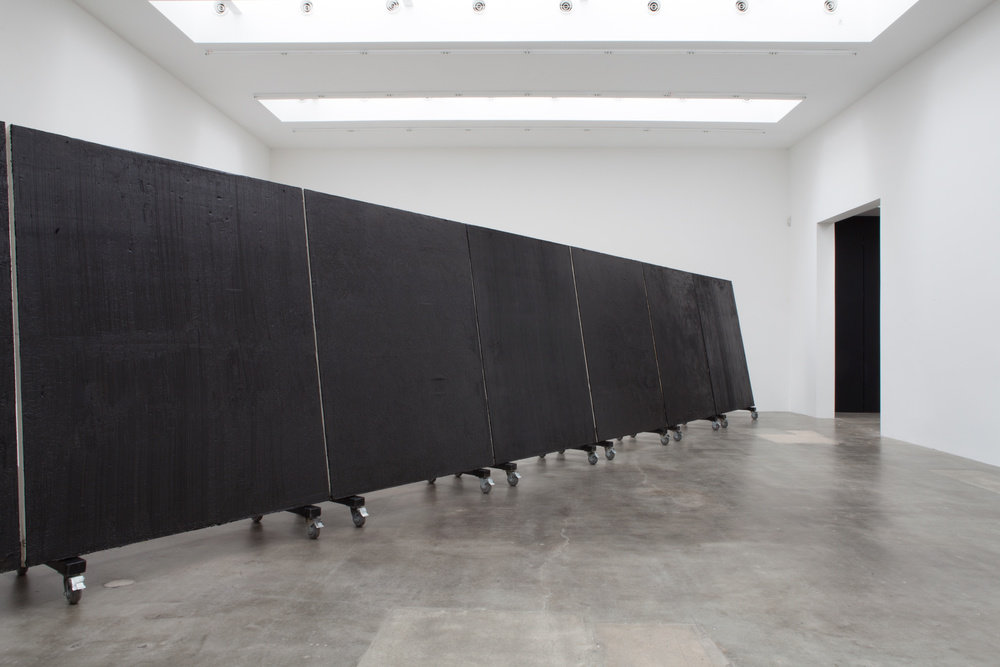 Kōji Enokura (b. 1942, Tokyo, Japan; d. 1995, Tokyo, Japan) received an MFA in painting at the Tokyo National University of Fine Arts and Music in 1968 and taught there from 1975 until his death. At the end of the 1960s, he became associated with a loose group of artists who collectively came to be known as Mono-ha (“school of things”). Their ephemeral, site-specific work explored natural and industrial materials, examining their respective material qualities and the interdependent relationships generated by specific placements within a space. Enokura created one of his most iconic installations at the Paris Youth Biennale: Wall (1971), a three-meter-tall and five-meter-wide concrete partition between two trees in the Parc Floral de Paris. Throughout the first half of the 1970s, Enokura stained paper, cloth, felt, and leather with oil and grease. He also discolored the floors and walls of galleries and outdoor spaces. In his writings he stated, “It is the tension between the body and the material that interests me, and that’s what I want to explore. It attests to the consciousness I have of my own existence.” Though no longer extant, these installations are documented in photographs. During the 1980s and 1990s, Enokura continued to explore the act of staining on cotton fabric. In these works, the artist variously contrasts smooth fields of black paint with unpainted fabric, drenches the entire surface, or uses oil-soaked beams of lumber to mark the fabric—either affixing the beams to the work or leaning them against it. Enokura is also known for his signature fabrics hung diagonally on the wall and folding out onto the floor.