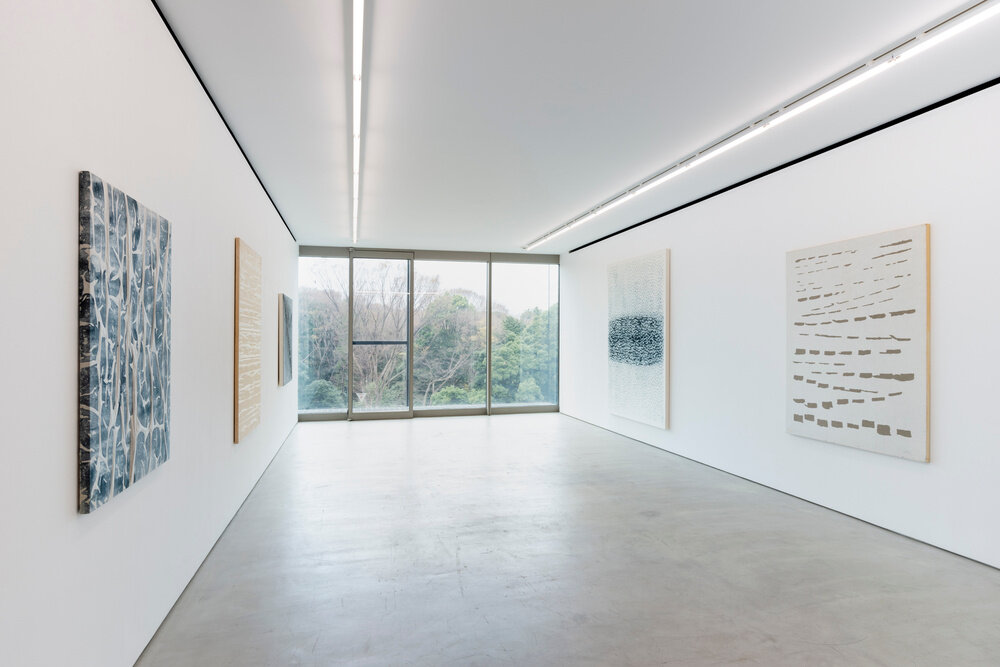 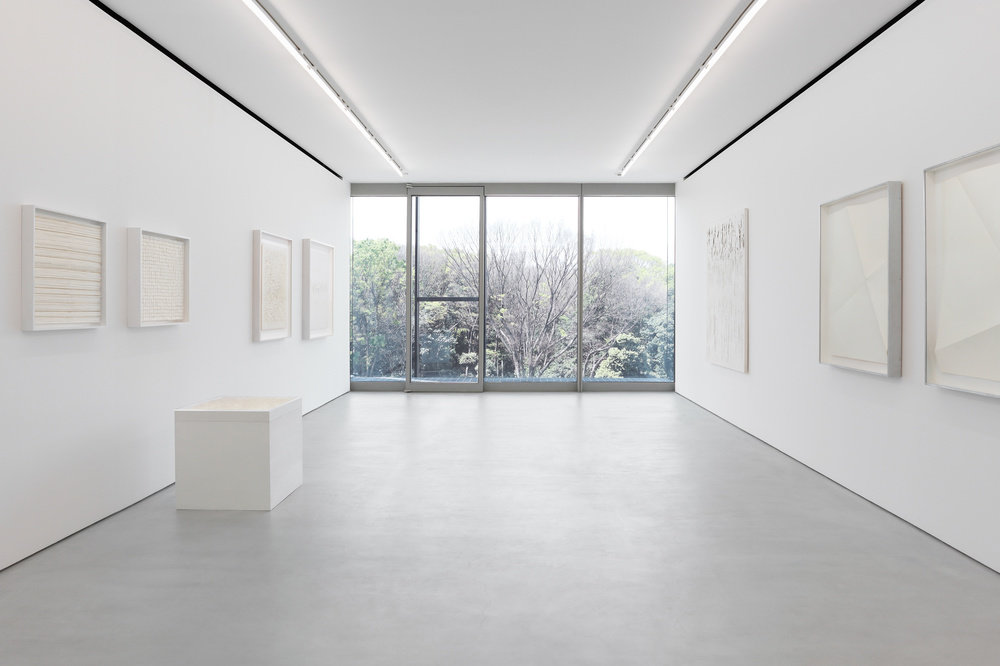 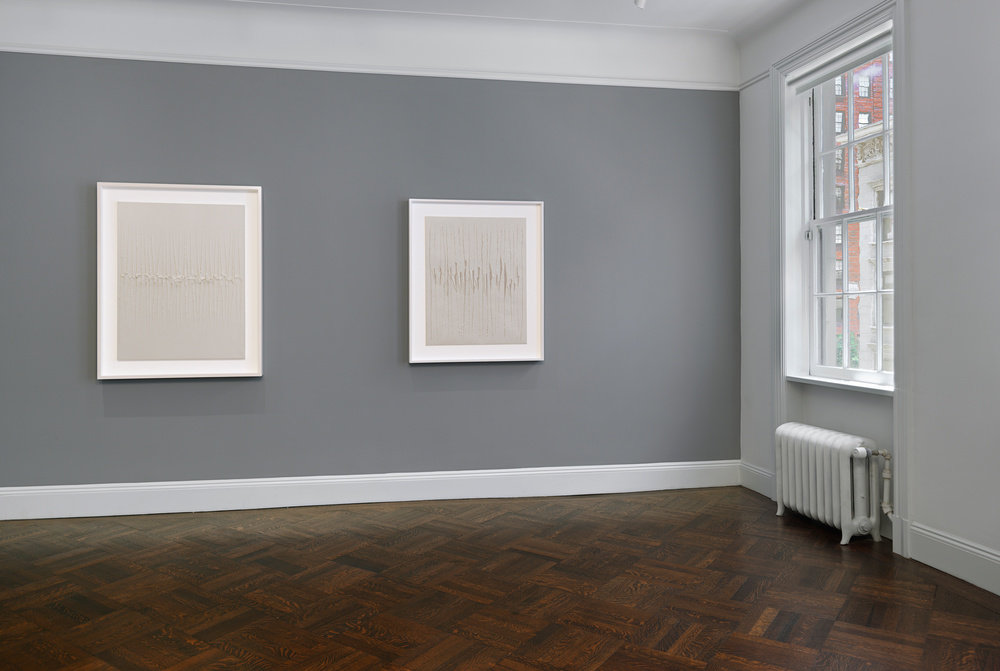 Kwon Young–woo (b. 1926, Liwon, Hamgyeongnam-do, South Korea; d. 2013, Yongin, South Korea) graduated from Seoul National University, Seoul, South Korea with a BFA in Oriental Painting in 1950, and an MFA in Oriental Painting in 1957. His first solo exhibition, held at Shinsegae Gallery, Seoul in 1966, drew broad attention from colleagues of the Korean and Japanese avant-garde but also sent ripples through Western art circles. Kwon employed layers of hanji Korean mulberry paper, which he glued on a flat plane leaving visible traces of actions such as puncturing, pressing, scratching, and tearing the material. In performing this technique Kwon relies on his fingers as the main tools of production highlighting the structure of the support. By the time of his first visit to Paris in 1975, Kwon’s process had become very refined. Sheets of varying thicknesses were pushed and pulled into mountain-like forms, the application of more delicate surface layers often resulting in a gauzy veil that covered the entire artwork in a luminescent haze. In 1978, sponsored by the French government, he moved to Paris. There he began experimenting with puncturing the surface of the canvas with a sharp tool. Additionally, the re-introduction of colored inks, which had been central to his training in Oriental Painting, allowed Kwon to further investigate the compositional and haptic potentialities of medium and support. The interplay of various layers of different paper lets the ink spread unevenly across its torn edges, forming patterns that stress the technical and material variations in the work. In 1989 Kwon returned to Korea and settled in Yongin, Gyeonggido, where he established a studio and continued to expand his practice, exhibiting new works until his death in 2013.

Kwon Young–woo has been featured in major international exhibitions, including the São Paulo Biennale, São Paulo, Brazil (1973); the India Triennale, New Delhi, India (1971); and the Tokyo Biennale, Tokyo, Japan (1965). In 1975, he was featured in the seminal exhibition Five Korean Artists, Five Kinds of White at Tokyo Gallery, Tokyo, Japan. He was the subject of a retrospective at the Seoul Museum of Modern Art, Seoul, South Korea in 2007 and the Ho-Am Art Museum, Seoul, South Korea in 1990. Kwon was honored as the 1998 Korean Artist of the Year, and in 2001 he was awarded the Silver Crown Medal of the Order of Cultural Merit. Recognition in the United States began when his work was featured in From All Sides: Tansaekhwa on Abstraction, curated by Joan Kee, Associate Professor of History of Art at the University of Michigan, and held at Blum & Poe, Los Angeles in 2014. This large-scale survey of Korean monochromatic painting from the 1960s to the 1980s was the first major overview of the movement in North America. Blum & Poe subsequently presented Kwon’s first solo exhibition in New York in 2015, and his first solo exhibition in Japan in 2021. Kwon was also included in Dansaekhwa and Minimalism—the first overview of Korean monochromatic painting with American Minimalism—held at Blum & Poe in Los Angeles and New York in 2016. Since then, his work has also been included in surveys such as When Process Becomes Form: Dansaekhwa and Korean Abstraction, Villa Empain – Boghossian Foundation, Brussels, Belgium (2016) and Dansaekhwa, Palazzo Contarini Polignac, Venice, Italy (2015). His works are in many important permanent collections including the British Museum, London, UK; Leeum, Samsung Museum of Art, Seoul, South Korea; M+, Hong Kong, China; and the National Museum of Modern and Contemporary Art, Seoul, South Korea.

ArtAsiaPacific: Painting Between Past and Future