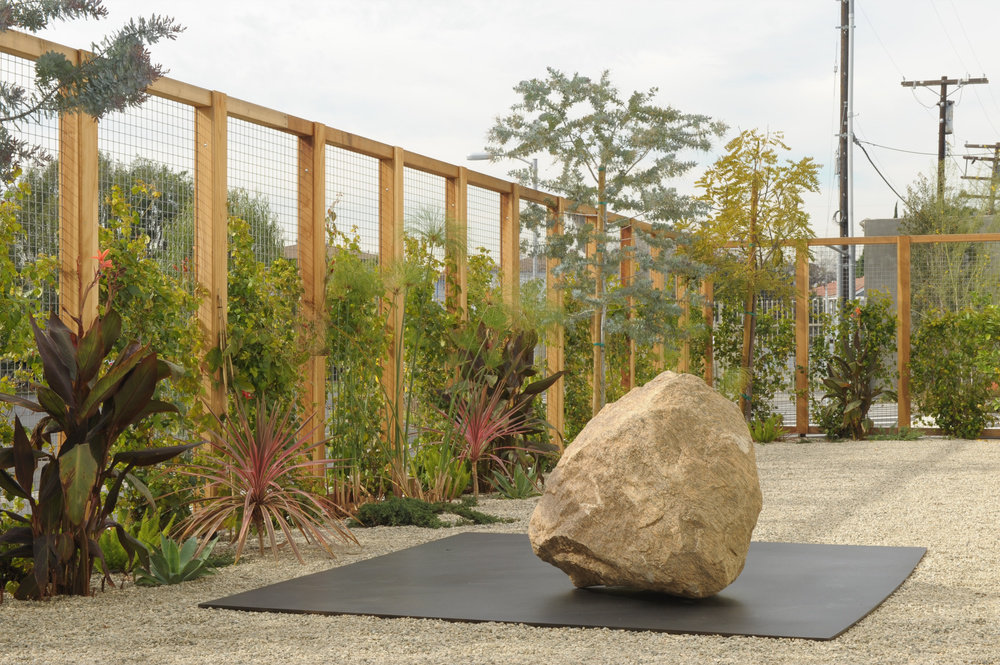 Lee Ufan (b. 1936, Haman-gun, Gyeongsangnam-do, South Korea) studied art at Seoul National University, Seoul, South Korea. After emigrating to Japan in 1956, he obtained a degree in philosophy at Nihon University, Tokyo in 1961. Following a period of experimentation with fluorescent optical art practices that were popular in mid-1960s Tokyo, by the end of the decade Lee became known as one of the key practitioners and theorists among a loose group of artists working with site-specific installation, who were later referred to as Mono-ha (“school of things”). In dialogue with Post-Minimalist practices, Lee’s work developed out of Mono-ha’s phenomenological exploration of the encounter between natural and industrial objects arranged directly on the floor or in outdoor locations. One of the most iconic works from this period, Phenomenon and Perception B (1968, later renamed Relatum), consisted of a rectangular sheet of glass that had cracked under the weight of the large stone placed on top of it, revealing unique, intricate spatial and perceptual relations between the two materials and the floor.

What has distinguished Lee is his refined technique of repetition as a studied production of difference developed over time. From 1974, he began to explore painting in a parallel practice that saw him engaging in artistic dialogue with his peers in Korea, whose minimal canvases were later termed Dansaekhwa (“monochrome painting”). Through the continuous repetition of a gestural act in the From Line and From Point series, Lee loads his brush with mixed pigment and begins applying a single linear stroke or point onto the canvas one by one until the pigment has faded. He then repeats this process in an orderly fashion. In the From Winds and With Winds series that he developed during the 1980s, Lee employs more dynamic and expressive gestures. By contrast, his Dialogue paintings, dating from the 2000s, are more restrained: minimal applications of paint as single, large brushstrokes within an expansive field of white canvas. Deeply rooted in his understanding of Eastern and Western aesthetics, philosophies, and traditions, Lee’s works utilize a gestural economy to achieve the maximum possible resonance. Lee currently lives and works in Kamakura, Japan, and Paris, France.

Lee Ufan: The Art of Encounter