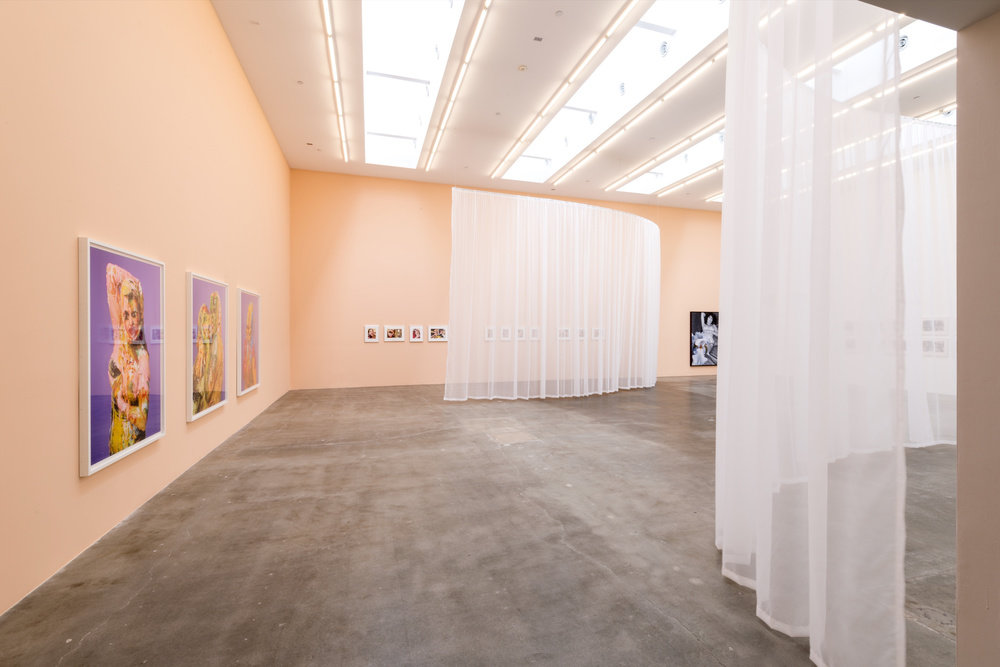 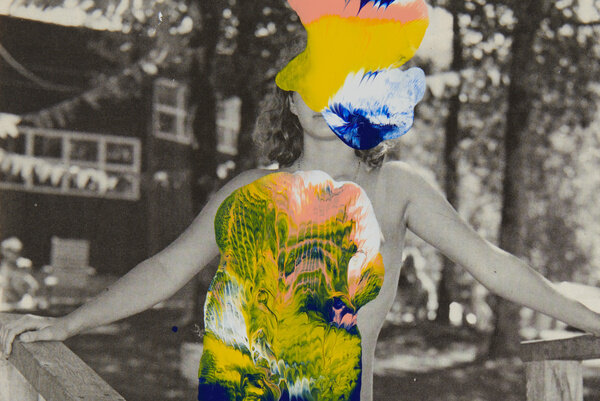 Linder
Sisters of the Mantic Stain

Linder (b.1954, Liverpool, UK) is a British artist who is internationally renowned for her photomontages, performances, and radical feminism.

Linder’s production from the 1970s demonstrates her early interest in gender performativity and the commodification of the body. During this time, she created the iconic cover for the Buzzcocks’ single Orgasm Addict, a photomontage of a female nude whose head has been replaced with a hand-held iron. Linder combines imagery that portrays women’s sexuality and domesticity to openly criticize conventional female roles and representation. She culls these materials from contemporary and vintage hardcore pornography publications, large-scale calendars showing idyllic English gardens, as well as automobile, culinary, and fashion magazines.

In 1978, Linder formed the post-punk band Ludus, applying collage techniques to songwriting and performance. Forceful in her demeanor and stage presence, documentary footage taken at the Hacienda club in Manchester shows her wearing a dress made of raw meat. In several 1980s black and white photographs from the SheShe series, Linder uses provocative props such as bandages, keys, and corsets from the 1940s in conjunction with her own likeness as a critique of the fashion industry. Additional photographs of the singer Morrissey, who Linder met in 1976, record their enduring friendship and form the basis of her book Morrissey Shot (1992)—an intimate portrait of his life on tour in the early 90s.

For her traveling retrospective femme/object (2013) at the Musée d'Art Moderne de la Ville de Paris, the exhibition included over 200 works such as photographs, photomontages, light boxes, costumes, video, and sound. Linder also created an original ballet The Ultimate Form which functioned as a physical collage, presented in the museum’s Henri Matisse room which houses The Dance of Paris (1931-33).

Linder continues to explore the role of women, both past and present, in more recent projects. For her 2018 retrospective exhibition The House of Fame at Nottingham Contemporary, she included the work of many female artists who have been overlooked. The exhibition spanned more than forty years of Linder’s work, in addition to work by other artists who have influenced or shaped her practice.

An 85 meter billboard photomontage was presented in situ from November 2018 to January 2020 at Southwark station in London. The billboard was one of the elements of Linder’s commission for Art On The Underground. Further layers of imagery will be added to the billboards over the next year to reflect the social and political flux of the city.

The Guardian: How the Artist Linder Went From Orgasm Addict to Chatsworth House