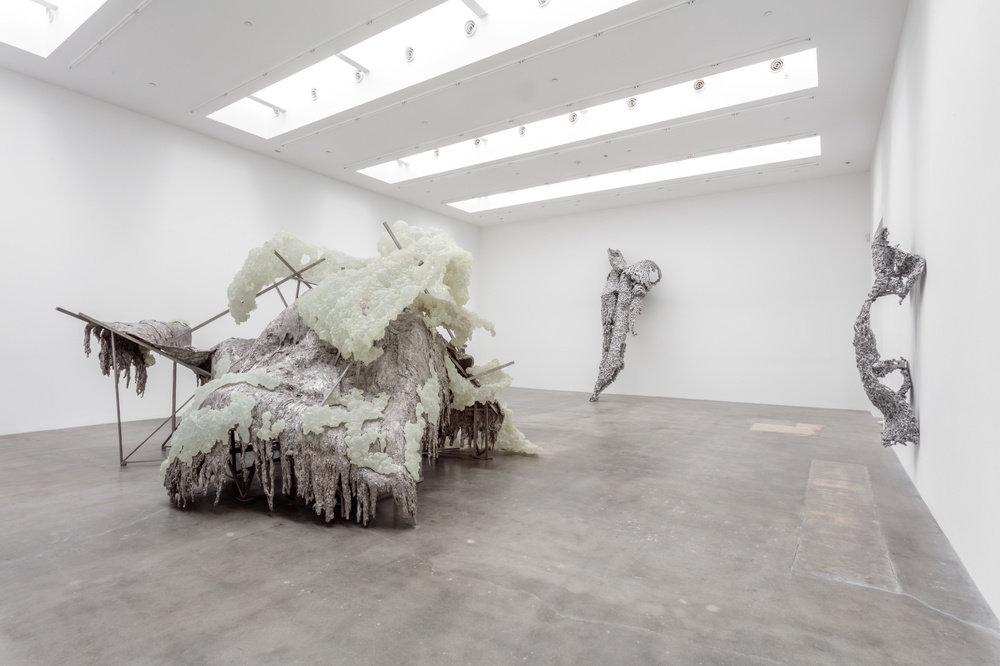 Lynda Benglis (b. 1941, Lake Charles, LA) lives and works in New York, NY; Santa Fe, NM; Kastellorizo, Greece; and Ahmedabad, India. First recognized in the late 1960s for her poured latex and foam works, Benglis created work that was a perfectly timed retort to the male-dominated fusion of painting and sculpture with the advent of Process Art and Minimalism. Known for her exploration of metaphorical and biomorphic shapes, she is deeply concerned with the physicality of form and how it affects the viewer, using a wide range of materials to render dynamic impressions of mass and surface: soft becomes hard, hard becomes soft, and gestures are frozen.

Elephant Magazine: Lynda Benglis – Is There an Ideal Age to Be an Artist?

Brooklyn Rail: Lynda Benglis – In the Realm of the Senses