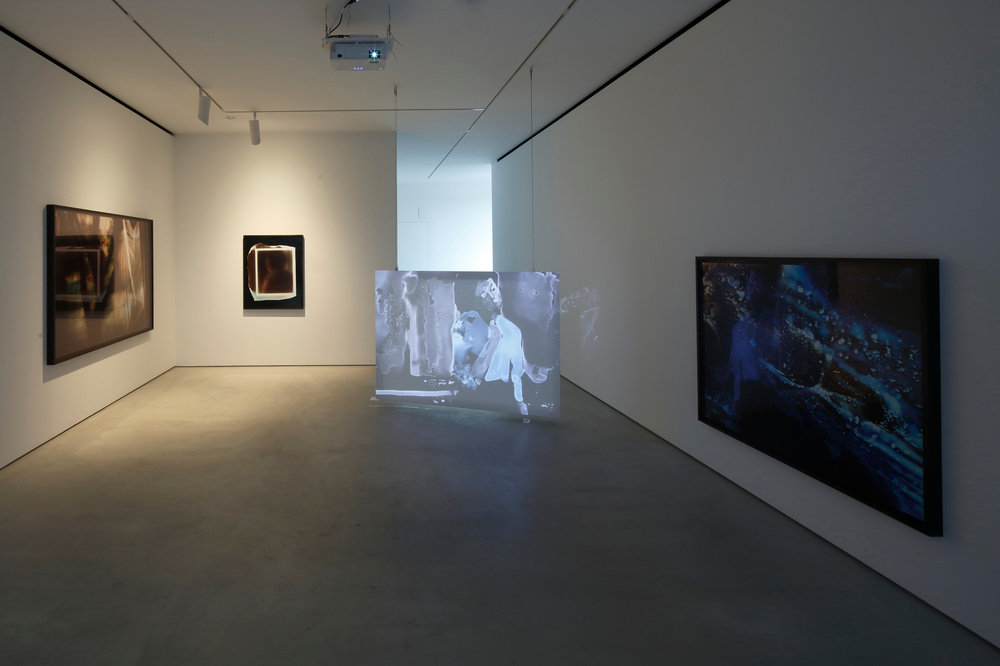 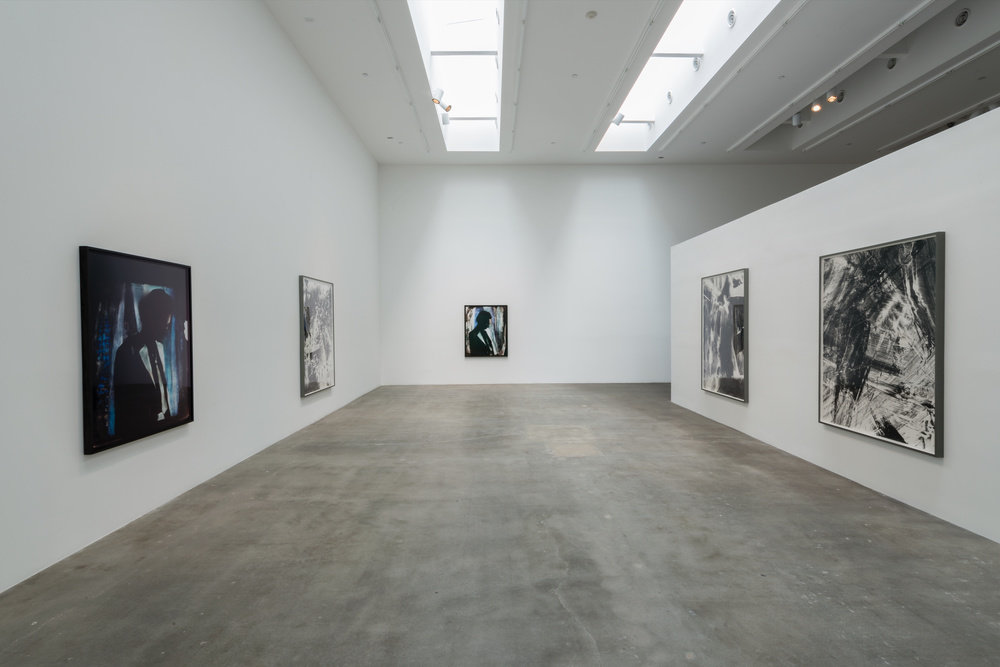 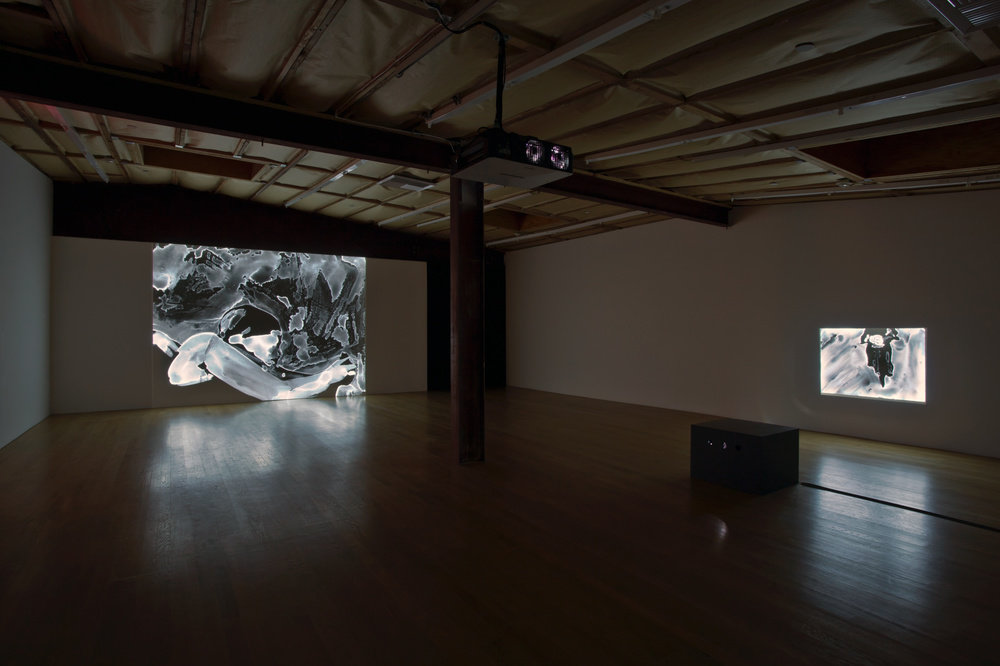 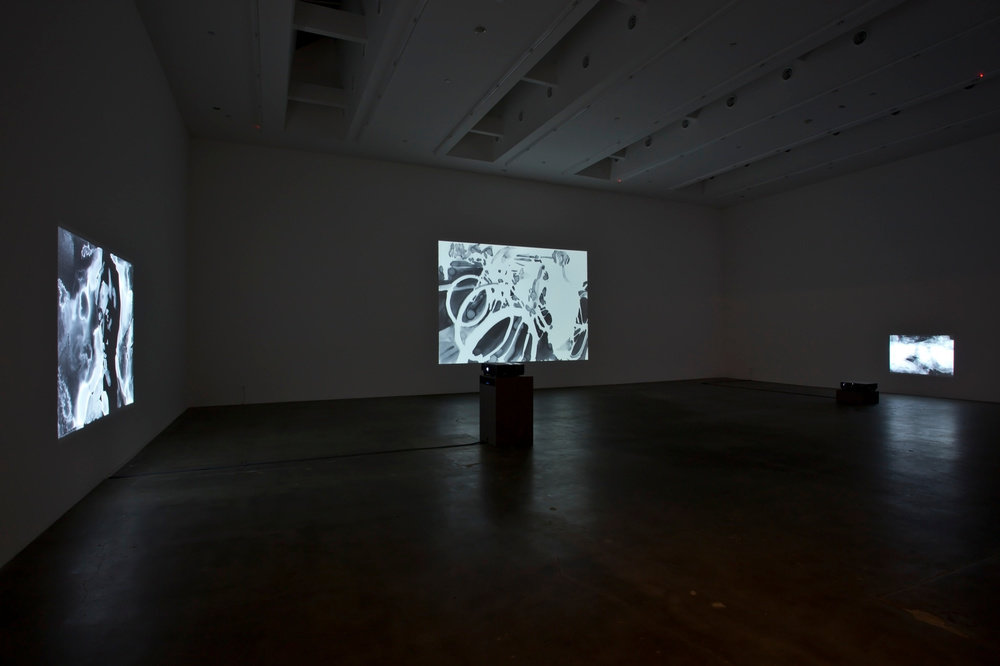 The practice of interdisciplinary artist Matt Saunders (b. 1975, Tacoma, WA) connects painting, drawing, photography and printmaking to the moving image. With provocative ties between media, his work frequently refers to story-telling, film, and the history of cinema. Saunders is inspired by the intrinsic materiality of the moving image, and its capacity for projection and uncanny return.

Saunders’ photographs are made using an evolution of the traditional photogram, by exposing paper to light shone through paintings, a technique he has used in various ways for the past several years. The unique resulting prints transpose the materials and processes of painting into the ephemeral, time-based realm of the darkroom. In his newest works, Saunders delves further into this practice and binds it more closely to the moving-image theme, often using drawings from animations—essentially now handmade color filters—as part of the light source to expose the paintings. His animation installations likewise map together imagery and media in dynamic, unpredictable ways—drawings and paintings that oscillate between abstraction and representation are collaged together with video algorithms, then projected onto canvases or screens, often spilling off the surfaces onto the floors and walls behind.

With an early introduction to the avant-garde films of Jack Smith and Andy Warhol, Saunders developed an interest in performance, and how personality is expressed in moving and still images. Saunders’ subjects are often obscure film muses who were iconic at one time and who hold personal significance for the artist based on their fleeting, sometimes tragic celebrity. His chosen imagery derives from a broad catalog of sources, such as experimental film, West German television, internet clips, found portraits, and movies playing on his television screen captured in Polaroids. Saunders has said of his work, “I’m interested in the private experience of a performance and its mediation.”