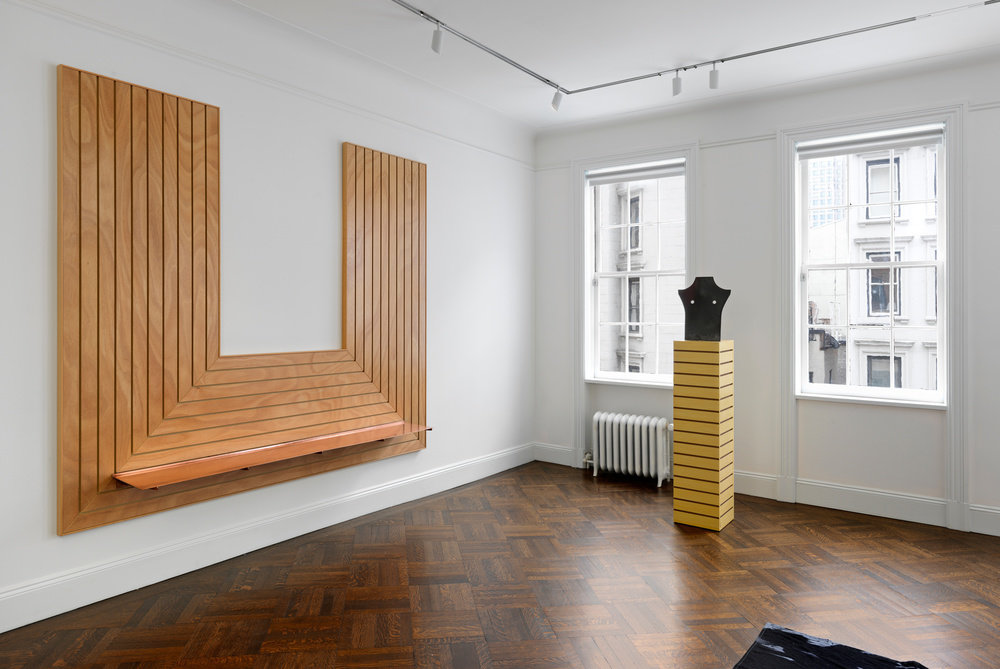 Pia Camil (b. 1980, Mexico City, Mexico) draws inspiration from the urban landscapes of Latin America, engaging with the history of modernism to create paintings, sculptures, performances, and installations. Often using laborious fabrication processes in collaboration with local manufacturers, the artist decelerates the frenetic pace of mass commodification with handcrafted production, as evinced in the intimate quality of her works.

After attending art school in both the US and England, Camil returned to her native Mexico City where she became inspired once again by its landscape, markets and insurmountable energy. The abandoned brick buildings along the highway inspired some of her early projects where Camil documented the ruins and then created paintings in their shapes. Similarly, abandoned and dilapidated billboards—which display fragments of numbers or letters—became source imagery for hand-dyed and sewn paintings, curtains, and geometric ceramic sculptures. Both projects engaged with abstract images in different ways, uncovering the symbols and messages encoded in the cultural landscape.

In a series called Skins in 2016, Camil explored commercial display structures seen throughout Mexico’s markets. Using that same inexpensive plywood material, Camil created works resembling Frank Stella’s Copper Paintings, a nod to American Modernism, but also a comment on the economic disparity between cultures. The visual language of Modernism and Minimalism continues to influence Camil’s investigations—as seen in her subsequent solo exhibition at the New Museum, A Pot for a Latch. For this exhibition, Camil presented a participatory installation where the modular display systems were composed of lines and grids evocative of the works of Sol Le Witt and Agnes Martin. This exhibition was an opportunity to engage visitors by inviting them to exchange items hanging on the displays. For Camil, the objects became an index for an individual’s personal history as well as culture as a whole.

More recently, Camil has staged performances using large canopies and curtains comprised of hundreds of castoff T-shirts sourced from second-hand markets. The garments are produced in Latin America, sold to retailers in the United States, later discarded and sold as bales in Mexico. Even though they are dyed, the American logos remain visible and point to the complex US-Mexico relations. Iterations have taken place at the Museum of Contemporary Art in Guatemala, Palais de Tokyo in Paris, and SCAD Museum of Art at the Savannah College of Art and Design, GA. For her first institutional exhibition in Mexico City at the Museo Universitario del Chopo in 2018, Camil engaged with the museum’s history and its relation to the music street market (El Chopo tianguis) by creating a large-scale backdrop made from exchanged music band t-shirts with integrated speakers. With this body of work she hopes to create environments for reflection on other possibilities of economic relations, swap systems, consumerism, geographical transits systems, and the circulation of goods.