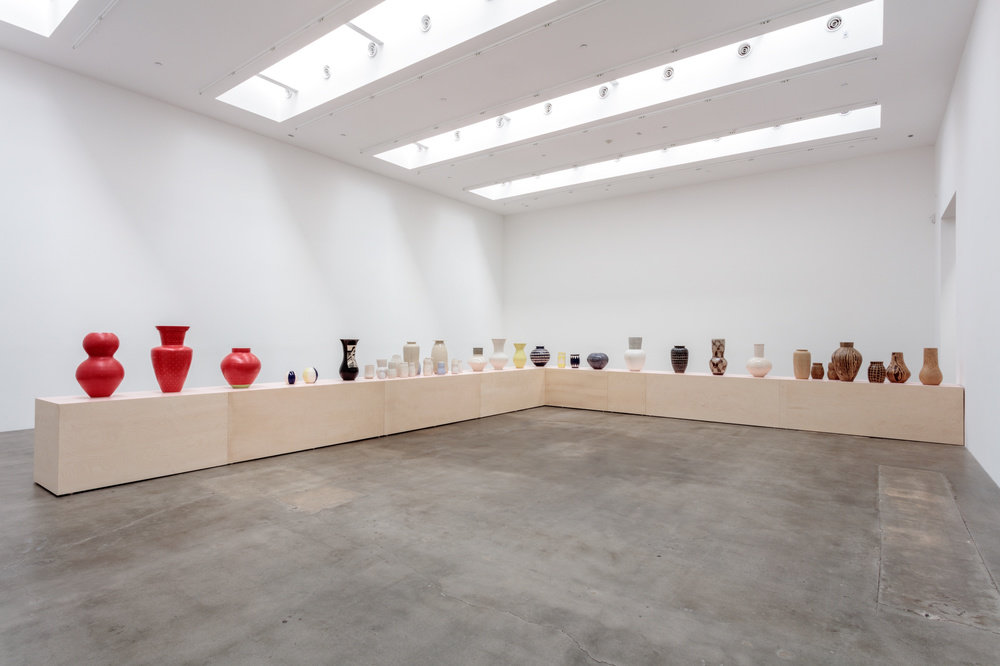 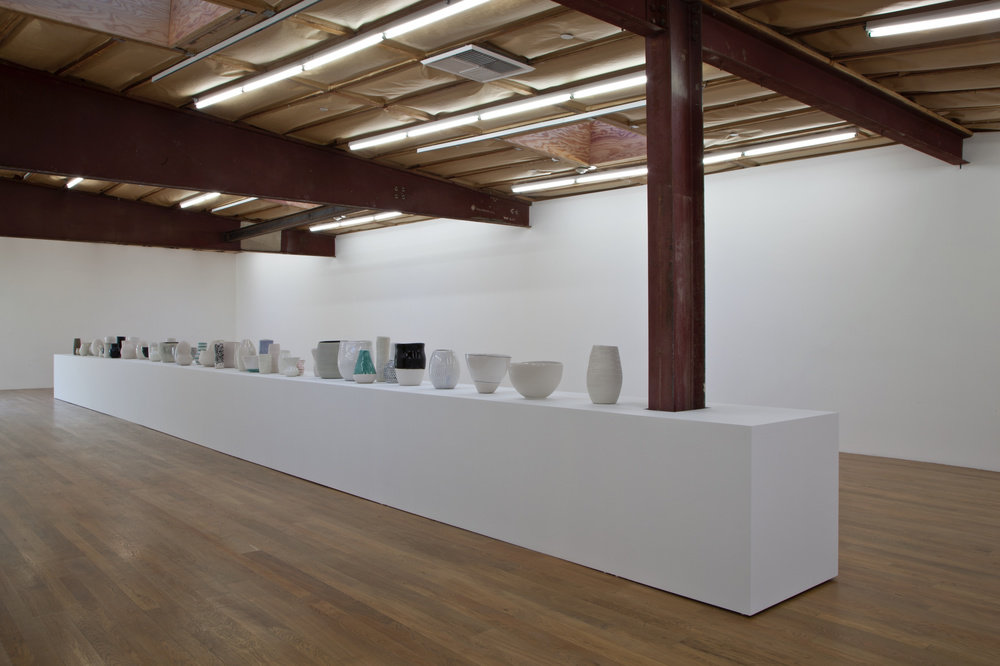 Shio Kusaka (b.1972, Morioka, Japan) is a Los Angeles-based artist practicing in the ceramic medium. Kusaka grew up attending her grandmother’s tea ceremonies in Japan, in which she learned to observe vessels closely. After receiving her BFA from the University of Washington, Seattle, she moved to Los Angeles in 2003 and focused on clay specifically. Kusaka merges drawing and sculpture, typically moving between abstraction and representation. She has developed a distinct formal language in her use of shape, pattern, color, and glazing techniques that make reference to Yayoi period Japanese pottery, Eighteenth Dynasty of Egypt, and the wall drawings of Sol LeWitt alike. As Roberta Smith stated in the New York Times, “if the Minimalist painter Agnes Martin had been a potter, she might have made vessels like these.” From grids, dots, and line patterns to the more playful strawberry, watermelon, and dinosaur vessels, Kusaka always shows her hand in the construction of the works.

KCRW: 5 Design Things to Do

W Magazine: At Home and in the Studio with Shio Kusaka and Jonas Wood