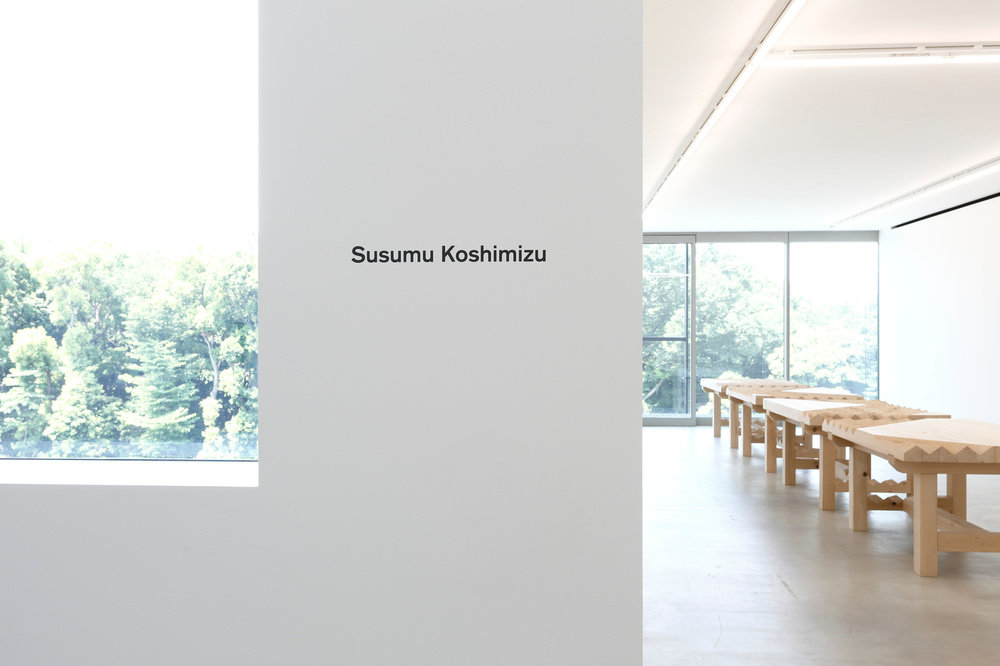 Susumu Koshimizu (b. 1944, Uwajima City, Ehime Prefecture, Japan) studied in the sculpture department at Tama Art University, Tokyo, Japan from 1966 to 1971. At the end of the 1960s, he became associated with a loose group of artists who collectively came to be known as Mono-ha (“school of things”). Their work consisted primarily of sculptures and installations that incorporated raw natural and industrial materials in simple, ephemeral arrangements. From early on, Koshimizu’s investigation of material, surface, and space resulted in some of Mono-ha’s most memorable artworks. In Paper (1969, formerly Paper 2), he placed a large stone inside a larger envelope of Japanese paper, open on one side. Viewers were confronted with the sheer size and solidity of the stone in contrast to the thin membrane of paper that covered it. For Crack the Stone in August ’70, Koshimizu hammered at an immense block of granite until it split in two, revealing the interior surface of its enormous mass. Koshimizu has expert knowledge of carving, joinery, and the qualities of wood; he has made sculptures out of pine, cedar, cherry, birch, cypress, hemlock, paulownia, oak, maple, chestnut, and zelkova. At the Paris Youth Biennale in 1971, he exhibited From Surface to Surface (Wooden Logs Placed in a Radial Pattern on the Ground) (1971), a circular arrangement of thirty pine beams sliced at varying intervals and angles. From thereon he developed his Working Table series, the surfaces of which are variously incised with pools of water or supplemented with stacks of branches and elongated protrusions reminiscent of horns or ribs. Koshimizu currently lives and works in Kyoto and Osaka, Japan.