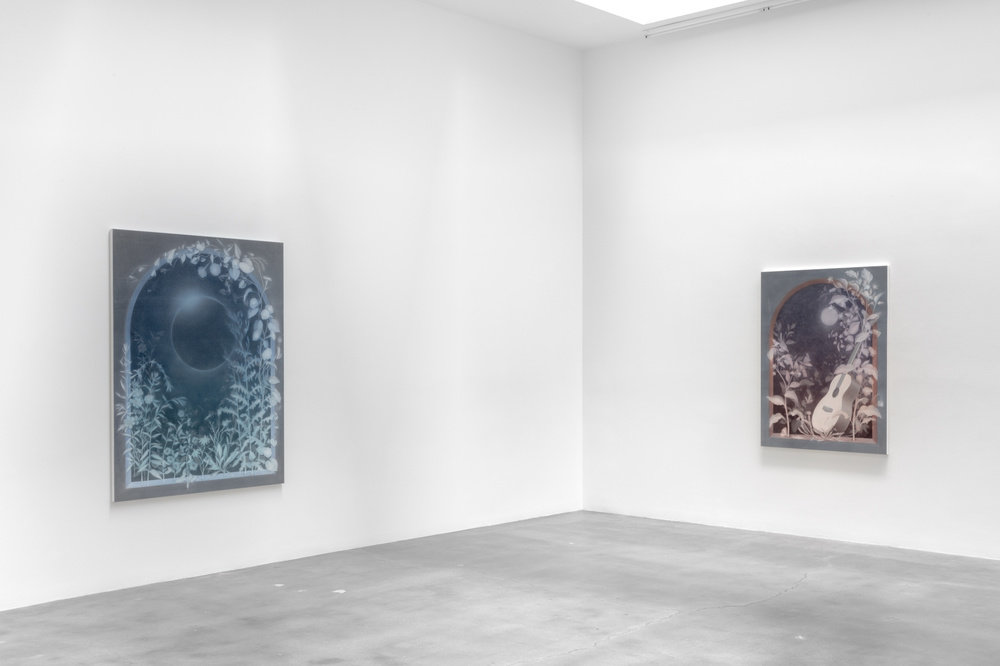 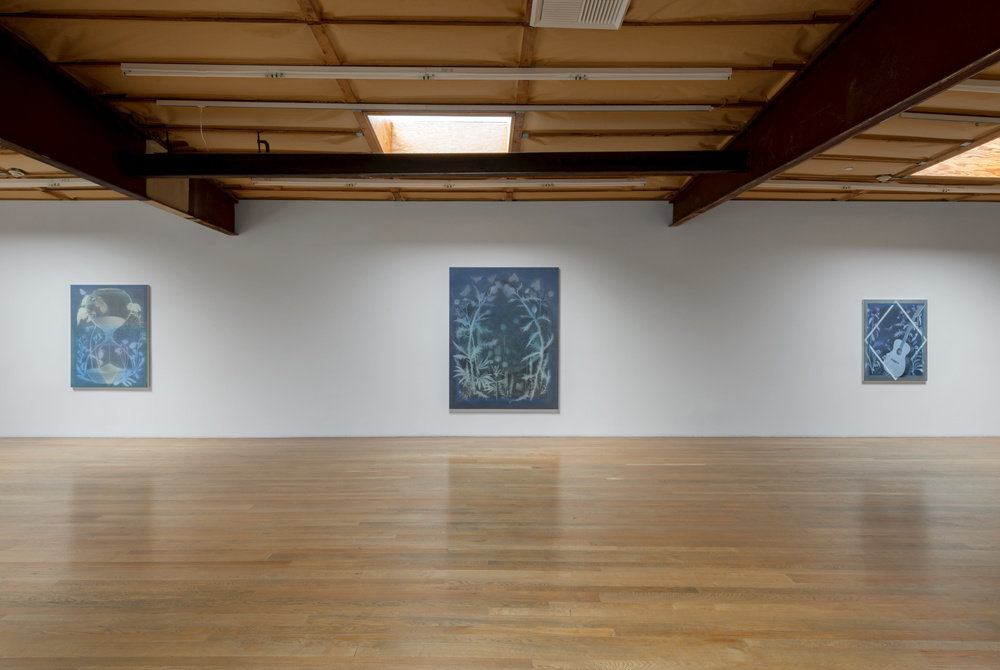 The paintings of Los Angeles- based artist Theodora Allen (b. 1985, Los Angeles, CA) are quiet, restrained, and at times unsettling. Drawing from music, literature, myth and nature, Allen’s meditative compositions investigate themes of temporality and eternity, exploring a space between the physical world and an interior mindscape.

In recent bodies of work, Allen has presented images of celestial bodies, moths and serpents, delirium-inducing plants, and string-less guitars emerging from geometric structures and reliquary-like spaces. The emblems are introspective and elusive, carrying the tone of despondency and the weight of existential inquiry.

Through a rigorous painting process, Allen’s evocative imagery becomes ghostly. Allen paints in thin, meticulous layers of watercolor and oil on linen. Translucent coats of oil paint are applied and removed, until the fabric itself shows the weather of its making. In this action, the artist’s process is a mediation between defining and dissolving the picture plane. Sources of illumination, like a candle or moon, play an important role in radiating light throughout the composition. Evanescent surfaces, polluted spectrums, and radiant jewel-toned blues animate the forces of darkness and light.

Allen’s motifs engage with a visual language of utopian and metaphysical ideals, resonant in the work of visionary poet and painter William Blake, the Pre-Raphaelite Brotherhood, early Symbolist painting, and the zeitgeist of 1960s California. Her emblems stand in as markers of time, symbols of persistence, the uncontrollable, and the inward looking.

Our website uses cookies to improve user experience. Please click here to learn more.
By continuing to browse you are giving us your consent to our use of cookies.
I Accept
Blum & Poe Los Angeles and Tokyo are open by appointment. Schedule your visit here.