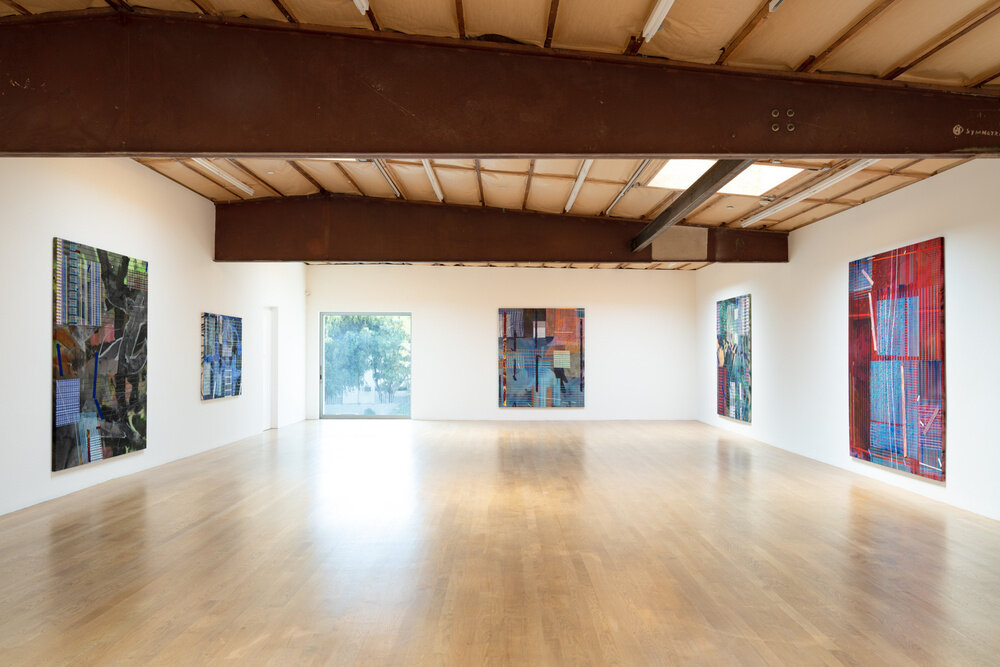 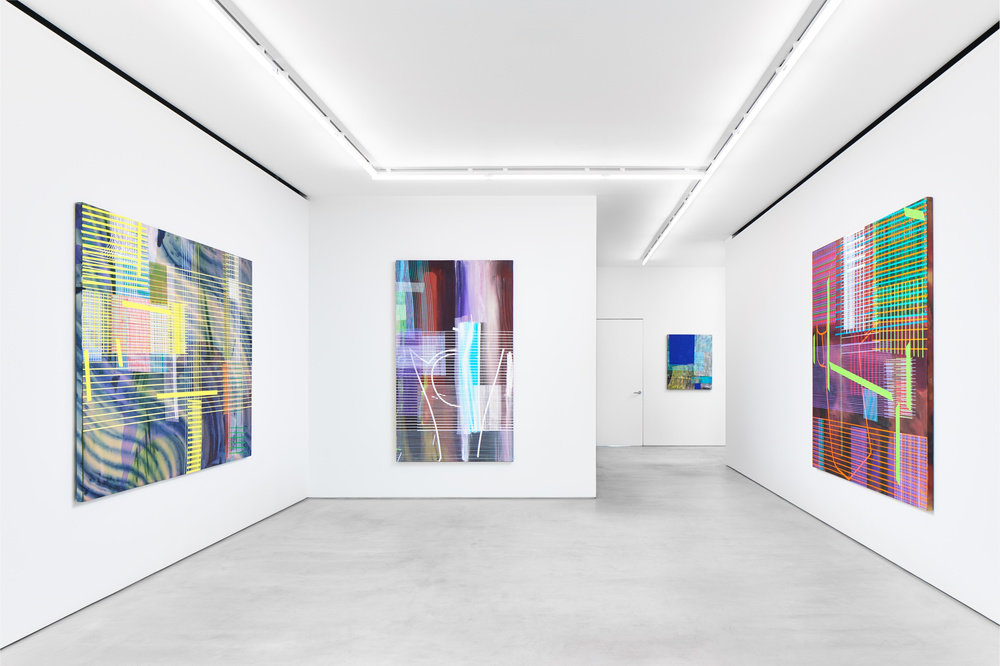 Yukie Ishikawa (b. 1961, Tokyo, Japan) began her career in the late 1980s as the Japanese New Painting movement, which developed alongside American and European Neo-Expressionism, gave way to new artistic possibilities. During this time, Japanese artists began to explore subversive artistic languages of simulacra and appropriation that responded to the zeitgeist of design and advertisement culture during the bubble economy.

Ishikawa’s practice is distinct for its conscientious response against the history of Modernist painting and the monochromatic space found in Minimalist art. The compositions originate from forms she finds in magazines, advertisements, newspapers, and books, which she enlarges, projects, and traces onto the canvas. Curator Mika Yoshitake calls this translation of forms through projection and distortion “a metaphotographic process” informed by the study of Western art history. Her process takes the shapes of the commercial and rapidly expanding landscape of Tokyo and removes all promotional content. These removals, thus reduce the imagery to pure form, slowing down pace and re-constructing meaning. Ishikawa deliberately composes and colors the abstractions in order to obfuscate the identity of the original source material, seeking to create “a pictorial space outside of the three-dimensional space to which those things belonged.”

Ishikawa’s latest compositions are part of an ongoing, highly intricate body of work entitled Impermanence (2012–present). For these paintings, Ishikawa meditates on the ever-shifting appearance of the landscape outside her large studio windows. She began to alter the pictorial structure of paintings from previous decades, retouching or reworking compositions that had once seemed complete. No longer facing a blank canvas, she responds to the “given conditions” of the existing painted surface, adding new layers of lines and grids, some with sand and natural materials mixed into the paint—paralleling the construction and re-construction happening in the ever-changing Tokyo landscape. This retouching is not intended to damage, destroy, or deny the given conditions, but to generate a new pictorial meaning within the colors and painted forms on the surface. The lower layer now interacts with the superimposed layer in form, color, and texture. The combination of pigments in the stripes produces an optical color mix. As Ishikawa puts it, “I would like to make paintings that simultaneously contain a variety of unique relationships among disparate elements while the various structural components within the painting exist as independent entities.”