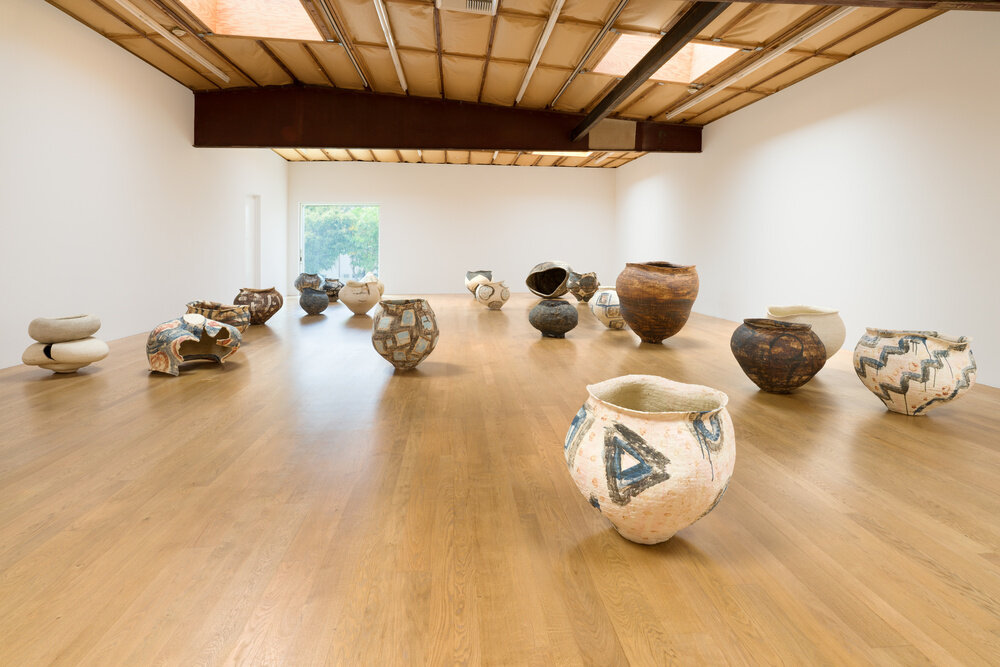 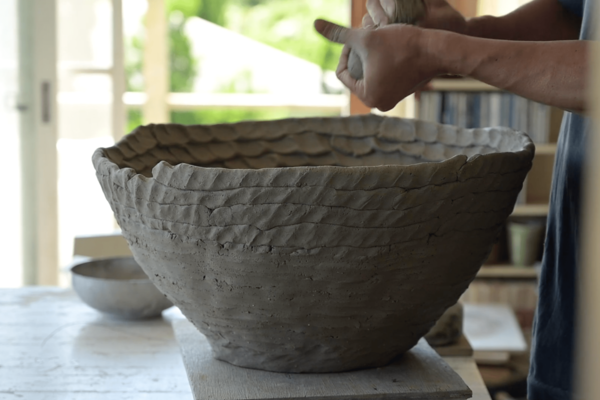 Chiba-based artist Yukiko Kuroda (b. 1968, Shizuoka, Japan) embraces cracks, chips, and fissures in ceramic works, salvaging and generating new forms from pieces that are otherwise considered broken. Kuroda began studying kintsugi—the Japanese art of repairing broken pottery using lacquer infused with precious metals—in the late 1990s after experiencing the loss of a family member. In the wake of this tragedy, Kuroda also discovered holistic nutrition and the beauty and power within plants. While engrossed in these pursuits, the artist accidentally broke a favorite ceramic bowl. In order to repair this beloved vessel, and in keeping with a passion that Kuroda has for mending that which has been broken, she turned to kintsugi. Kuroda’s use of urushi, a natural Japanese lacquer made from tree sap, fused her interests in the organic and the domestic realms and cemented her practice in the kintsugi tradition.

In 2017 Kuroda started collaborating with ceramic artist Kazunori Hamana. Based in a rural village in Japan’s Chiba Prefecture, Kuroda and Hamana pursue the principles of kintsugi—refusing waste and celebrating the act of recycling—in both their art practices and their daily lives. Their collaboration began when one of Hamana’s vessels was accidentally damaged. Alongside traditional Japanese mending methods, Kuroda used large metal staples to hold the fractures together following the ancient Chinese technique of riveting. The idiosyncratic beauty that resulted from these repairs spawned a new series of works made in partnership.

Kuroda’s interventions follow the traditional practice of treating ceramic surfaces with a combination of colored urushi and gold, silver, and pewter. However, in a departure from tradition, Kuroda’s works also include adjoining flaking or cast-off layers of ceramics from other vessels, which are created organically during the pottery process, and unconventional found materials, often sourced from her neighborhood. Kuroda’s home was previously a farm, and a variety of abandoned farming materials remain on the property—many of which find their way into her kintsugi practice, such as traces of bamboo baskets or antique paper. She also marks Hamana’s pots with remnants of rice grain harvested from organic rice fields, leaving strong lines and adding new visual landscapes. Each pot is treated as an individual entity with specific needs. Accepting that repair might not be the solution in some cases, Hamana and Kuroda’s collaborations embrace the unique narrative of each pot and the natural flow of a life cycle, which is transient and impermanent.

Yukiko Kuroda lives and works in Chiba, Japan. Her works have been included in group shows, including a collaborative exhibition with Kazunori Hamana at Blum & Poe, Los Angeles, in 2021.

Ocula: Bold, Bulbous, and Irregular: The Ceramics of Kazunori Hamana