Henry Taylor: B Side | The Museum of Contemporary Art (MOCA), Los Angeles, CA

Henry Taylor: B Side
The Museum of Contemporary Art (MOCA), Los Angeles, CA

The Museum of Contemporary Art (MOCA) presents Henry Taylor: B Side, the first exhibition to survey the remarkable career of this Los Angeles artist in his hometown, and the most extensive museum presentation of Henry Taylor’s work to date. Featuring over 150 works in painting, drawing, sculpture, and installation made from the late-1980s to the present, this retrospective celebrates an artist widely appreciated for his unique aesthetic, social vision, and freewheeling experimentation.

“Henry Taylor’s work has never been seen at this level and breadth before,” said Johanna Burton, The Maurice Marciano Director of MOCA. “I’m proud that MOCA will offer visitors a chance to experience such a broad survey of Taylor’s career, including loans from collections around the world and new work produced especially for this show. Henry Taylor: B Side captures and contextualizes the diversity of the artist’s four decades-long practice like never before.”

Populated by friends and relatives, strangers on the street, star athletes, politicians, and entertainers, Taylor’s canvases describe an imagination encompassing multiple worlds—from the gritty sidewalks of Downtown Los Angeles to more rarified domains of rappers and art legends. “I paint everyone,” the artist has said, “or I try to.” Taylor’s emphasis on figuration foregrounds recognition—both literally and politically—but the work is also rich with noise, interruption, and improvisation, dodging realism by way of uncanny formal decisions. Though Taylor is widely appreciated for his portraiture, his work encompasses many genres and moves musically through stylistic influences (among them, Picasso, Matisse, Max Beckman, Bob Thompson, Phillip Guston, Jean-Michel Basquiat, and David Hammons). Within this diversity, Taylor’s attention to Black Americans, and to various conditions of Black America, come into focus in ways that are alternately deep-feeling, witty, joyful, and concerned. Informed by experience, but shaped by a rare and restless imagination, his work conveys its fundamental care in close looking and sharpened social criticism alike.

“Taylor paints with heart and nerve, channeling stories and forms that create (and destroy) bridges between social history and art history,” said Bennett Simpson, MOCA Senior Curator and the organizer of the exhibition. “He is absolutely central to the story of Los Angeles art since the 1990s, and a major influence on the renewal of figuration over the past decade.”

Organized thematically, Henry Taylor: B Side highlights several of the artist’s major subjects. Among them: his own family members and artistic community; street scenes from Los Angeles and beyond; icons of politics and the music world (including portraits of Eldridge Cleaver, Barack and Michelle Obama, and Jay-Z); and often wrenching encounters with racism, policing, and American history. In addition to paintings, the exhibition includes a selection of Taylor’s assemblage sculptures, rarely seen early drawings of patients at the Camarillo State Mental Hospital (where the artist worked while a student at the California Institute of the Arts in the early 1990s), and a large grouping of his “painted objects,” which render pointed observations on recycled cigarette packs, cereal boxes, and other everyday supports.

Following MOCA’s presentation of Henry Taylor: B Side, the exhibition will travel to the Whitney Museum of American Art, New York, NY, October 4, 2023–January 28, 2024.

Born in 1958, in Ventura, CA, Taylor grew up in nearby Oxnard before attending CalArts, from which he graduated in 1995. An omnipresent figure in the Chinatown art scene of the late 1990s and early 2000s, he has maintained several studios in and around Downtown Los Angeles, though in more recent years, he has traveled widely and painted incessantly in New York, Europe, the Caribbean, and Africa. While this intermingling of local and global, whether on the corners of Skid Row or further afield, has become a hallmark of Taylor’s work, he is also a quintessential Los Angeles artist. Few artists have depicted the city, its citizens and locations, as consistently and variously as Taylor.

Henry Taylor: B Side

Published on the occasion of the exhibition Henry Taylor: B Side at The Museum of Contemporary Art, Los Angeles, this comprehensive monograph surveys 30 years of Henry Taylor’s work in painting, sculpture, and installation. Taken together, the various strands of Taylor’s practice display a deep observation of Black life in America at the turn of the century, while also inviting a humanist fellowship that pushes outward from the particular. Edited by Bennett Simpson, with a foreword by Johanna Burton and contributions by Wanda Coleman, Karon Davis, Charles Gaines, Harmony Holiday, Bob Kaufman, Walter Price, Bennett Simpson, and Frances Stark, plus a conversation with Taylor and Hamza Walker. 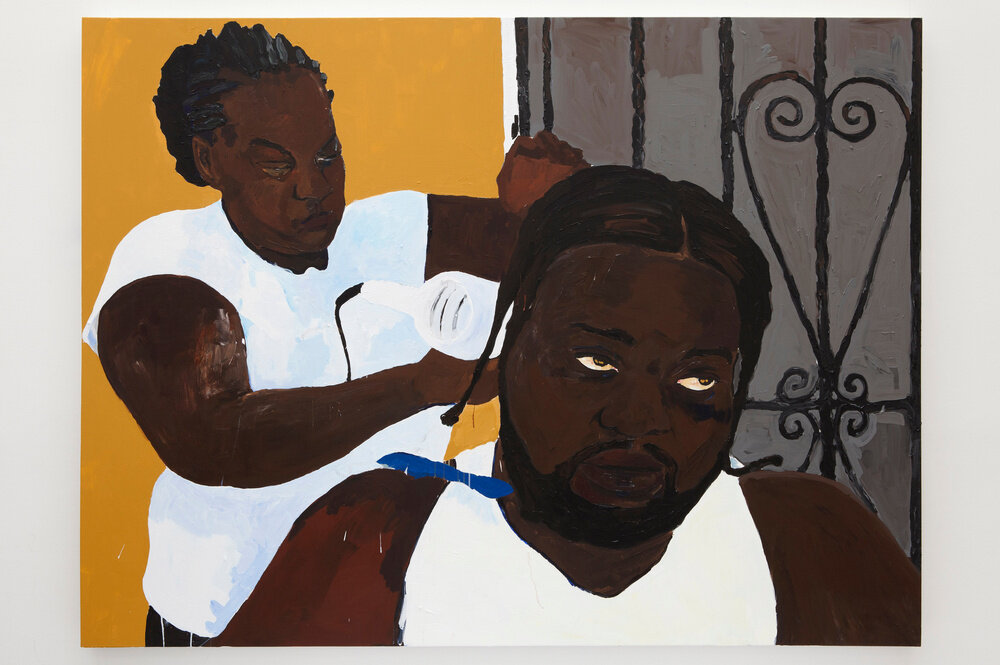 New York Times: The ‘Slow Burn’ That Is Henry Taylor